The Museum is located in the historic 1900 Texas and Pacific Rail Depot, which is listed on the National Register of Historic Place and is a Recorded Texas Historic Landmark. 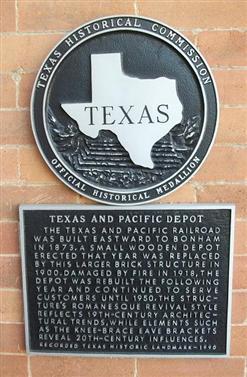 The Texas and Pacific Railroad was built eastward to Bonham in 1873.  A small wooden depot erected that year was replaced by this larger brick structure in 1900.  Damaged by fire in 1918, the depot was rebuilt the following year and continued to serve customers until 1950.  The structure's Romanesque revival style reflects 19th century architectural trends, while elements such as the knee-brace eave brackets reveal 20th century influences.

The photo below shows the rear of the building which is adjacent to the railroad track. 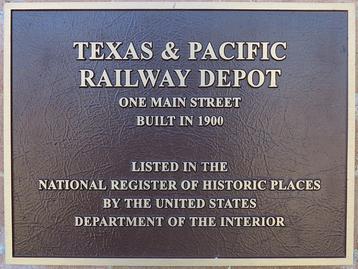